Why I’m excited about the rise of China: On China and American Exceptionalism

I recently read Fareed Zakaria’s book The Post-American World. It’s a great book -– a fascinating read for anyone interested in geopolitics. As you can probably guess, Zakaria makes the argument that the USA’s tenure as World’s Largest Economy is rapidly ending. China’s national GDP will inevitably pass that of the United States, and India’s isn’t far behind. China, India, Brazil, and Indonesia were barely impacted by the so-called “World Financial Crisis” -– evidence that the world economy is moving past the troubles of the USA.

I’m very excited by the rise of China and, to a lesser extent India, Brazil, and the rest of the world. In fact, I can’t wait for China’s GDP to exceed that of the United States. Let me explain why.

Over the last 30 years, there has been a slow erosion of the institutions that ensure the USA’s long-term geopolitical and economic competitiveness. American government science funders like the NSF, DARPA, and NASA, as well as industrial R&D labs, are all focusing on incremental “evolutionary” improvements to the detriment of high-risk / high-reward or “revolutionary” research.

During the most recent 20 of those 30 years, the United States has had no significant geopolitical or economic competition. Thus the lack of revolutionary research has not had much of a noticeable impact on American military, economic, and industrial competitiveness. But competition is coming, and coming fast.

The Communist Party of China (CPC) has a problem. In a grand unspoken bargain, the people of China accept the CPC’s rule in exchange for an unprecedented-in-human-history rate of improvement in quality of life. From 1952 to 2006, China’s per-capita GDP increased from 119 RMB to 16,000 RMB, a whopping 13,445%. Human temptation to fight for political freedom is apparently (and understandably) mollified by this graph:

I remember my first visit to China in 2002. Significant portions of Beijing had recently been torn down to make way for large boulevards and ring roads. A critical observer in 2002 might have asked whether four lanes in each direction were really necessary for the few visible cars; most Beijingren seemed to prefer bicycles. A critical observer today might ask why there are so few lanes. 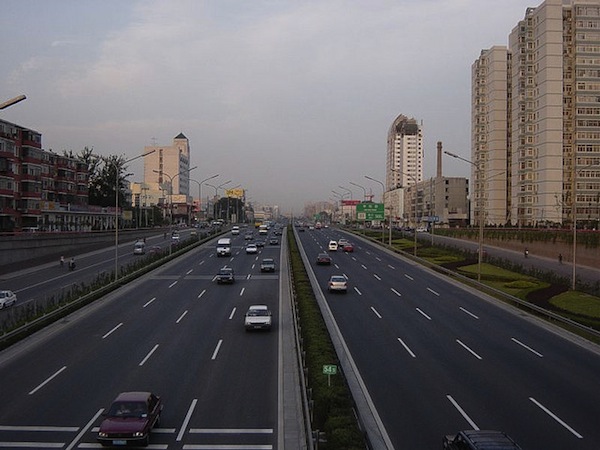 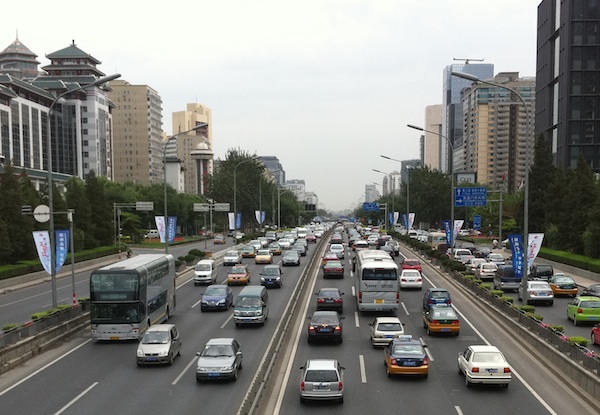 The industrial development of China will likely go down in the history books as the fastest sustained industrialization in human history. Yet per-capita GDP growth cannot continue at this rate forever, and by extension, neither can the improvement in the quality of life of ordinary Chinese. China is industrializing, but the technology to continue improving the lives of ordinary Chinese is likely to run out soon.

You can bet the CPC is worried about the day a newly-wealthy Chinese middle class no longer sees an incredibly rosy future full of opportunity. That day will surely come, and the CPC’s leadership will try to put it off as far into the future as possible. The only way to do that is by continuing to invest enormous amounts in infrastructure and in research and development, and by encouraging the development of an innovative, consumer-driven market economy. And in fact, China’s 12th 5-year plan says as much.

Today, China’s billion-plus citizens largely burn coal for fuel and are seeking opportunities in increasingly dense cities; as a whole, they are rapidly aging and having very few children.

China’s development focus over the next 20 years will have to be high-density living (not just public transportation, but city issues generally), clean energy, and systems for handling a population that’s mostly old. They’re already making fast progress on high-density living: Beijing’s subway system is adding lines each year. Huge hydroelectric projects like the three-gorges dam demonstrate the government’s commitment to curbing coal use. Not much yet is being done about an aging population, but plans are likely being put in place already.

The appearance of a significant, organized competitor on the global geopolitical scene will force American leadership and culture to adapt.

The USA’s relative economic strength after the second world war was largely a byproduct of that war – every other major economy had just been flattened. After the war, competition with the USSR kept the United States focused: military investments in revolutionary research stayed high.

That military investment was not optional. The success of the nuclear weapons program must have made clear to military leaders that revolutionary research has the potential to yield an overwhelming military advantage. DARPA, the US Department of Defense’s advanced research arm, funded a huge diversity of revolutionary research. Transistors, the Internet, bioengineering, nanotechnology, space flight – all of these revolutionary technologies can trace their roots to military funding provided largely to make sure the Soviets didn’t get there first.

Being a nation of immigrants, the United States has more than its fair share of people willing to pull up roots and try something new. When those people have kids, their kids are likely to share that appreciation for risk. (25% of technology startups in the USA have a founder who is an immigrant.)

Americans can be as risk-taking as they are because business failure is seen as acceptable. Provided a business fails for reasons other than the owner’s incompetence, failed entrepreneurs often find more opportunities available to them, not fewer.

American money and culture is why nearly every technological revolution of the last 50 years has happened here: the electronics revolution, the computer revolution, and the bioengineering revolution. Play and professional exploration – an activity whose importance I’ve already discussed – has been a key ingredient in these revolutions, and no other culture encourages professional play and exploration like American culture.

Revolutionary research has historically taken place in government-funded labs. Microwave radar was invented at MIT on government funding; the transistor was invented at Bell Labs, a quasi-public lab in the sense that its parent company, AT&T, was a sanctioned monopoly. Pure science research is too risky, and its practical applications too far removed from today, for it to be fully supported by the private sector. In American capitalism at least, the shareholder value cycle means no company keeps a multi-decade time horizon in R&D, funding research that may not pan out for 20 years or at all.

Now, long-term, long-shot bets are out. Grant administrators cycle on two-year timeframes and projects that don’t look promising on that timescale aren’t funded. Are grants thus more likely to yield positive results? Sure. But it also means the crazy ideas that yield results only 1% of the time – but then change the world – don’t get funded.

American culture still produces nerdy, introverted kids who play and feel the thrill of discovery. Some – certainly not all – of those kids could go on to begin revolutions of their own. But the USA has stopped building the financial, technological, and societal infrastructure they need to do it.

The last time the USA faced an existential threat, it too was in the middle of a massive recession. Politics were divisive and xenophobia was rampant, not unlike today. World War II and competition from the USSR forced the USA to make tough decisions; the country was fortunate to have effective leaders at the time. Today, America seems less lucky.

China’s rise will force the USA to respond by investing in infrastructure, people, and science again. American government must once again spend money on the future, not the past; Americans, seeing the rise of China and the help that Chinese enterprises get from its government, will demand it.

So where do we go from here?

I hope the United States finds the leadership it needs and the political will to spend money on crazy science experiments sooner rather than later. I think it will. At the very least, the US Department of Defense will realize that it needs to fund biological & nanotechnological research much more than it is doing today. These technologies will play key roles in the conflicts of the future, and consequently the DoD will fund it. The expertise exists for it, and future revolutions are again likely to happen in the USA. It’s only a matter of time.

For now, ideologues have captured the political dialogue. As they say about the Academy, the battles are fiercest when the stakes are lowest. Battles over the debt ceiling and taxes are very low-stakes, and Americans seem to be waking up to that fact.

The United States has a massive reserve of creativity and science and engineering talent. Right now that talent is busy inventing financial instruments and making people click on ads, because that’s where the money is. And money is where the glory and prestige are. But this, too, is changing. The explosion of “social entrepreneurship” shows that bright young Americans want more than just money.

The United States needs a fire to get its act together. That fire is coming, and it’s being lit by a billion Chinese citizens rising out of poverty. I can’t wait.